We will look at an example of creating a simple web application, on the basis of which we will get acquainted with the FCF framework templates. 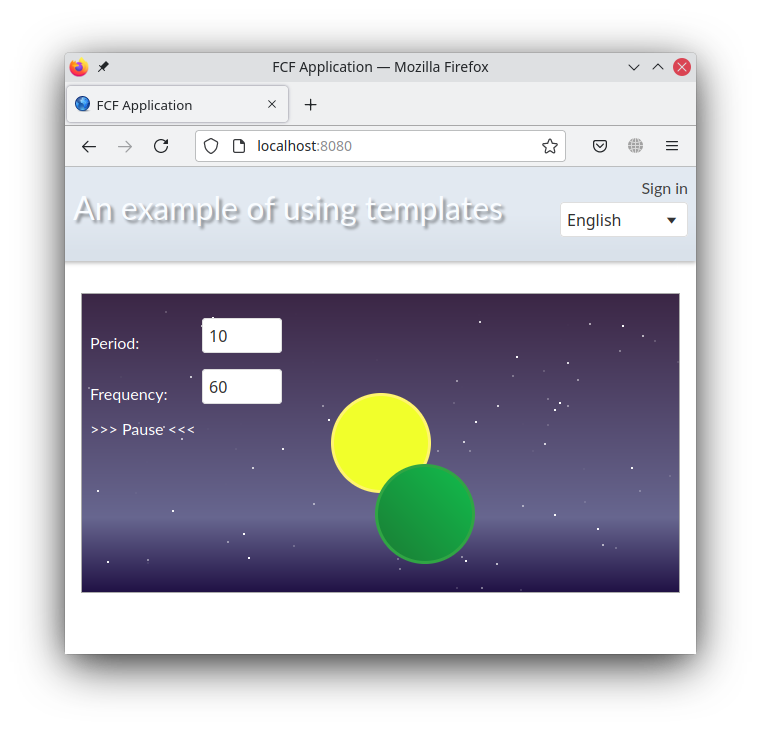 It will be a web application with just one page, which will host a planet revolving around the sun. This application successfully demonstrates some of the functionality of the framework templates. This application can be downloaded from: /examples/fcf-example-planet.

First, install the framework (FCF Install), a text editor Sublime Text and SublimeFCFPlugin plugin or VSCode and its plugin VSCodeFCFFramework

Now that everything is ready, let's create a project. Open a terminal and go to the folder where you will create projects.

Change to your project directory.

Run the application for the first time to initialize it.

Wait for the installation of NODEJS modules and FCF packages. When the application completes all the preparatory actions, the following record will be displayed in the terminal:

Make sure the application is running, open the address http://localhost:8080 in your browser

To stop the application, use the key combination Ctrl+C